‘Galwakdi’ hosted by the United Sikhs remained a well-attended event 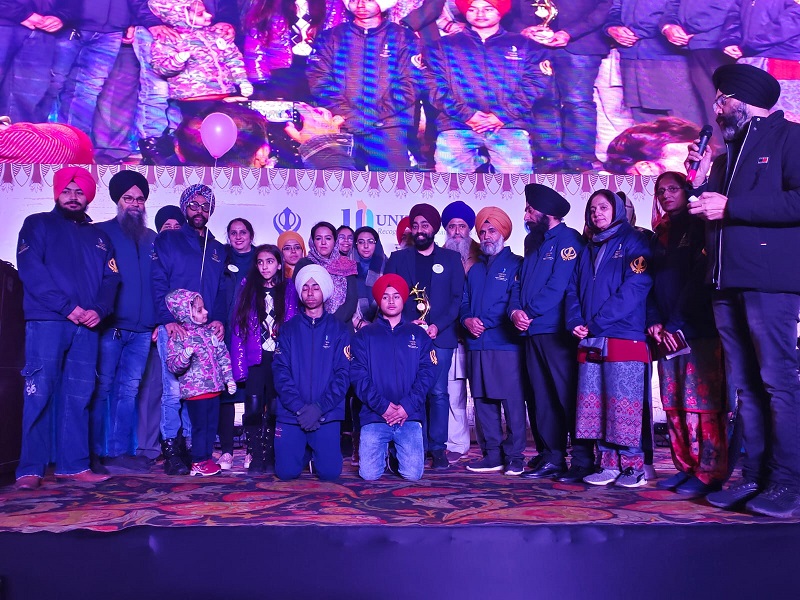 United Sikhs, an international NGO, organized the event ‘Itihas Nal Galwakdi’ (Embracing History) at Sarabha Nagar market, Ludhiana, today with the aim of remembrance of Char Sahibzade’s martyrdom and his life, as well as celebrating his life. As a result of the open invitation event, there was a large crowd present. This crowd consisted of audiences from all walks of life that had come from all over the Punjab province to be a part of the event. The event was attended by students from a variety of educational institutions, including schools, as well as individuals from the general public.

In the lively discussion that took place as part of the open and live question-answer session, everyone engaged in an enthusiastic manner, striving to answer as many questions as he or she could about Sikh history in as short a period of time as possible.

In preparation for the event, volunteers from UNITED SIKHS had been distributing a booklet of multiple-choice questions titled Prashnotri for over a month before the actual event across various towns, cities, and villages within the Punjab region, where the event would take place.

It is through this initiative that UNITED SIKHS has been able to obtain a great deal of praise from participants. According to them, reading the booklet and attending the event motivated them to take a closer look at Sikh history in the future.

We awarded prizes to participants who were able to correctly answer the questions.Many young people from all over the world have also joined UNITED SIKHS as volunteers, having been impressed by the organization’s global initiatives and its contribution to society over the years. In response to this, the community has appreciated and pledged their support to continue the organization’s service to humanity worldwide.

They have contributed monthly dasvandh and donations to ensure that it continues to fulfill its mission of recognizing the human race as one. Educating people about the lives and martyrdom of the Four Sahibzadas, and instilling in them the habit of learning about our faith at a deeper level, has come to be a goal of United Sikhism Ludhiana, said Amritpal Singh, Director of United Sikhism Ludhiana.

“This is a part of the Community Education and Empowerment Development (CEED) program of the United Sikhs and is intended to educate people about this pivotal phase of Sikh history through question-and-answer sessions,” stated Director Amit Singh of the United Sikhs. To truly grasp the true values of Sikhi and discover unsurpassed inspiration and Chardi Kala, people, especially the younger generation, must begin to explore the history of Sikhi at a more in-depth level.”

Website | + posts
Previous Article
There is no limit to what kids can wear this winter
Next Article
Rajesh Khanna holds a special place in the hearts of the young generation : Mitaali Nag
trending_upTrending
whatshotPopular
Show More
Show More

Rajesh Khanna holds a special place in the hearts of the young generation : Mitaali Nag
Team High On Persona December 28, 2022