Having launched numerous cause-worthy campaigns in the past, Shilpa Shetty joins the Har Ghar Tiranga Campaign. Indian actress, film producer, dancer, author, and businesswoman, Shilpa Shetty wears many hats. Besides being an inspiring actress, she has also been a leading force in promoting responsible awareness for quite some ti me. With the launch of her new campaign Har Ghar Tiranga, she has kept the momentum going.

Har Ghar Tiranga Campaign: In her recent endeavour, she has hopped on the bandwagon to join the Har Ghar Tiranga campaign by updating her displaying picture with the flag of India. Her endorsement comes after she has repeatedly supported other cause-worthy campaigns. Shilpa Shetty has a huge fan following who take her every word very seriously and whatever she says resonates with them.

Bringing the flag home collectively as a nation in the 75th year of independence thus becomes symbolic of not only an act of personal connection to Tiranga but also an embodiment of our commitment to nation-building. The idea behind the initiative is to invoke the feeling of patriotism in the hearts of the people and to promote awareness about the Indian National Flag.

As part of her contributions to nation building and positivity, she has participated in multiple initiatives in the past and one such campaign was the Incredible India Campaign. She has never resisted expressing her admiration for our country’s rich culture and heritage. While syncing with the Incredible India campaign, Shetty recently shared a sneak-peak from her visit to Mathura and expressed her gratitude towards seeking blessings at the Banke Bihari Mandir and Prem Mandir in Mathura.

She wrote: Our ethos and deep-rooted cultural heritage are what set us apart from the world. Always wanted to visit the Banke Bihari Mandir and Prem Mandir in Mathura… dream fulfilled! Thank you so much, @dreamgirlhemamalini ji, for making it happen so beautifully ♥️
Incredible India… a must visit. Spiritually enriched

The Incredible India campaign was launched by the Ministry of Tourism, Government of India in 2002 to celebrate the rich and myriad culture and heritage of India. The ministry recently launched the “Incredible India 2.0” Campaign which marked a shift from generic promotions across the world to market specific promotional plans and content creation. The Campaign covers the key source markets for Indian tourism and also takes into account emerging markets with significant potential.

Fit India and Swachh Bharat Abhiyan: Reckoned to be one of the fittest actresses of B-Town, Shilpa Shetty has always been the source of fitness inspiration for her followers. A fitter India has been spearheaded by her!

The Fit India campaign was launched by the Honourable Prime Minister, Narendra Modi with a view to make fitness an integral part of our daily lives. The mission of the movement was to bring about behavioural changes and move towards a more physically active lifestyle. 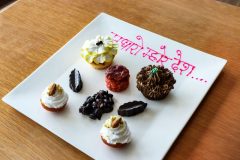