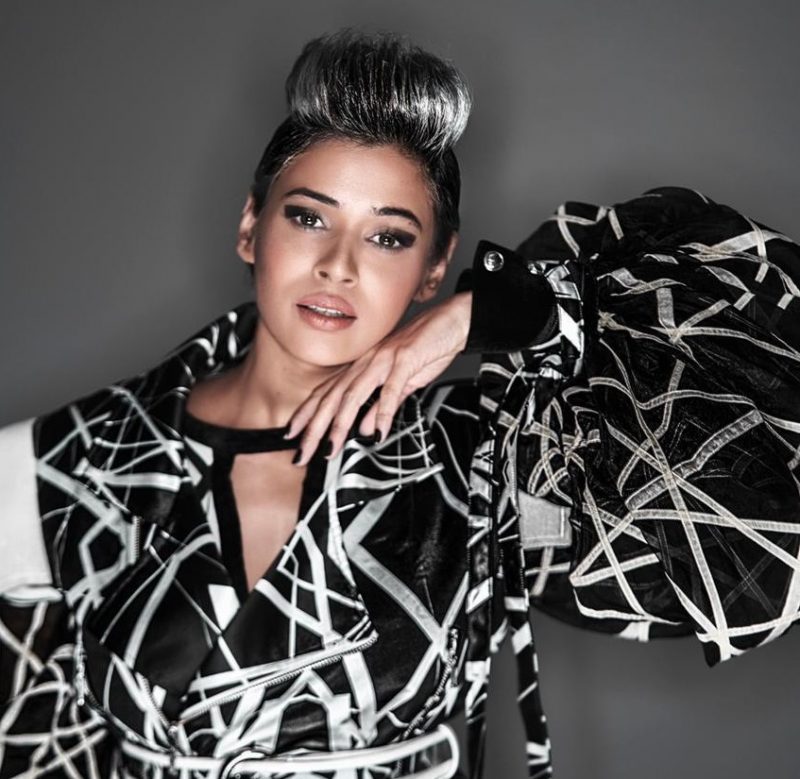 She has several hit songs under her belt such as ‘Lat Lag Gayi’ ,’Balam Pichkari’ and ‘Baby ko Bass Pasand Hai’ etc. Her voice is distinctive, strong yet melodious and keeps listeners hooked. Despite the fact that this multi-talented individual wears many hats and has a wide-ranging career, she remains a proficient composer and writer too. For Her, live concerts have always been a way for her to entertain her fans, but the pandemic stole all the joy she used to experience during those concerts. Nevertheless, the singer infused another way of innovation by organizing virtual music concerts with members of her fraternity from around the world. Although the pandemic caused disruption in her life too, she kept herself busy by writing new lyrics and singing new notes. Her experience over the past few months was discussed during our conversation, as well as her plans for the future in the realm of music.

Q. Have you ever written or recorded any song that is inspired by any personal event or in your life that you haven’t released yet?
Every song that I’ve written and composed has been inspired by an event or emotion that I’ve experienced. This is true with unreleased music as much as it is with music that I have released. One of the first songs I ever completed writing, called ‘It’s Time’, I didn’t end up releasing. It is a song that I wrote when I was waiting for a boy to say it’s time for us to start dating! Haha! I just grew out of the emotion of that song, since it started feeling more and more childish as I grew older. So now the song just sits on my computer, but I feel like I want to have a younger artist render it and I remain only the songwriter for it. That way the song may see the light of day.

Q. Virtual concerts have been successful throughout the music industry in the world, however, how was your experience? How did you enjoy it or was it something you didn’t enjoy much? Virtual or live concerts what do you prefer in terms of crowd control, convenience in segregating the troublemakers, fan’s excitement?
I started doing Virtual Shows very reluctantly. I didn’t think I would begin to enjoy it and learn so much from the experience. I did a lot of virtual shows of different set ups throughout the pandemic. I started with something as basic as an Instagram Live that I did alone, and ended up doing a 5 piece studio set up. I found the silence between songs the hardest part of the set. It’s when you dont have something concrete to do, like sing a song, that you feel awkward and directionless. Also, to not hear the applause or cheer from the audience during and between songs can be very off putting. But what the virtual shows taught me is to self evaluate a performance, be content with not getting an immediate gratification of an applause, and perform to camera like you would to a live audience. It’s all been a different set of skills that would’ve never developed had it not been for Virtual Shows.

There’s no comparison between a Virtual and Live show. Live shows always for me. There’ll always be excitement in the frenzy that exists in a live show and somewhere an artist yearns for it. Having said that, Virtual shows are something I’m grateful happened because it taught me a lot of things about performance and humility.

Q. Coming months mark the starting of college fest season, so how do you plan to go about these concerts in terms of being conducted online or offline, preparations and precautions for managing the committee, yourself and the students?
As much as I would love to be in person in front of a Live College Audience, I will be open to these happening both online and offline because at the end of the day everyone’s well-being trumps entertainment. I have a very simple policy of not allowing anyone on stage other than my band and crew. This has been the case before the pandemic hit and it has applied more ever since. Taking selfies with fans has also become a bit of a task given their proximity with people. But if done in an organised, controlled manner can be done safely. There’s only so much I can do as far taking necessary precautions go. 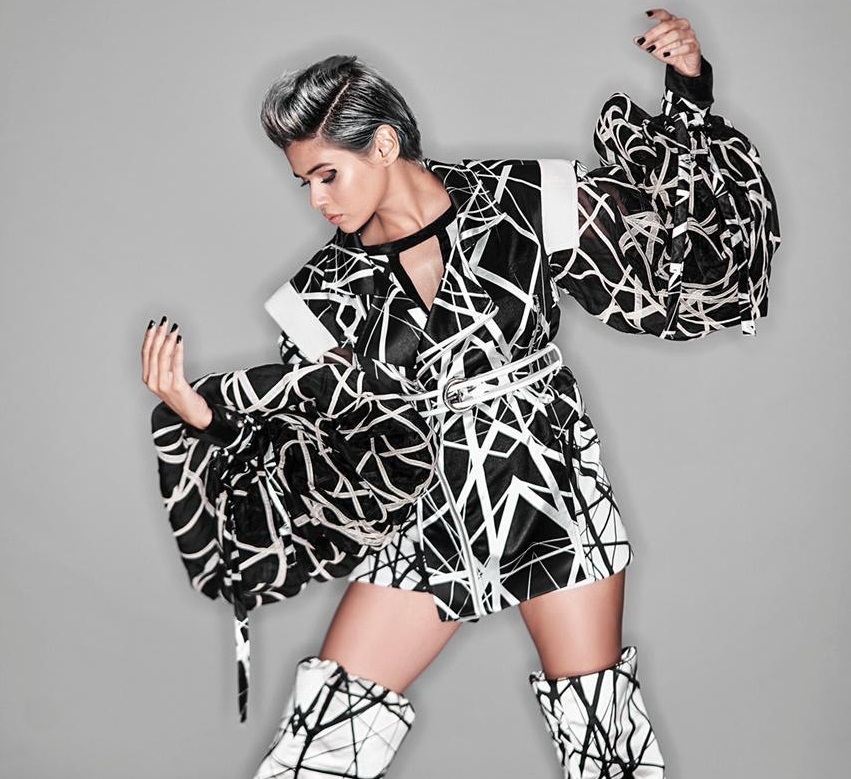 Q. Something that you did pre-pandemic that you want to do now, but can’t?
I’m going back to putting together a bigger show than I had before pandemic. So no, there’s nothing I can’t go back to. In fact I built my arsenal of skills and had time to invest in a bunch of things so I feel better equipped now than I did pre-pandemic.

Q. Describe your firsts: first recording, first award, first failure and what message do you want to give to upcoming aspiring singers?
Recording the Red FM Jingle was my first big recording experience. Amit Trivedi had called me the night before and auditioned me for ‘Pareshaan’. He called me the day after and there was no mention of ‘Pareshaan’, he had me dub the Red FM Jingle with Labh Janjua, that he was composing then.

I won my first award for ‘Pareshaan’ and it was a surreal experience because ever since I recorded the song, everyone in the studio would tell me “you’ll win all the awards this year for this song” and I would think to myself, these are just nice people being kind and encouraging to a young girl. But when what they said began to come true, I couldn’t believe it. One of the best things was having Shahrukh Khan host the Filmfare awards the year I won.

I don’t want to call anything in the past a failure. There have been songs I’ve sung that haven’t released in my voice, but I really don’t feel like calling that a failure. I’ve learnt from those experiences. I learnt a new melody, gained experience rendering it in a studio. There have been songs that released in my voice that haven’t become as big as others and again that can’t be considered a failure. It’s all a learning.

I don’t find myself in a position to advise anyone, but all I know is everyone is on a different path. We needn’t aspire to or follow another’s path. Keeping our eyes open to opportunities in its various forms would help us in ways we didn’t imagine. Example, there was a time when I would ask an aspiring singer, what their ambition was, and the blanket answer was singing for films. But it is so heartening to see that is changing. In all honesty there’s other avenues to sing outside of films. People seem to be more aware of those.

Q.Pandemic proved to be evil on our mental health, how much toll did it take on you and how did you deal with it? Your highs and lows of the pandemic that you want to share that might help others to deal with mental health issues?
I handled the first lockdown very well. To the extent that I didn’t understand what the conversation was about when people complained about not being able to handle being home, being locked in. But when we had the second wave and it happened all over again, I felt all those things that I had only heard about. All the questions about when will this end, how will this end, where do I see myself, what I ought to be doing, how will I survive let alone thrive, bogged me down.

But music came to the rescue. I started writing songs. More music than Ive ever written or been able to write. I started doing things I don’t think I’d ever have the time to do otherwise. I slowed down. That’s the biggest change the pandemic brought in me. I realised this is a better pace to live life at than what I was used to. Life pre pandemic had normalised running pillar to post so much that anything else felt wrong. This I learnt to undo and start afresh. Taking care of emotions and being able to relax is something I’m learning to do by and by and undoubtedly is an important aspect of life that cannot be taken for granted.

Q. Who is your biggest inspiration among Indian classical singers, western singers and what is your favourite genre that you’ll love to record one day?
I love Arti Anklikar, Shubhada Paradkar amongst Indian Classical singers. I love the weight in their voices and how they present their musical identity. I love John Mayer, Rosalia, H.E.R., Daniel Caesar, Beyoncé for their writing and performance. I don’t think they’re just singers and thats what I love about them – they’re songwriters, artists who can express musically beyond just using their voice.

My own writing is very pop/RnB as is seen in my album 2XSideA and which will be seen in 2XSideB as well. I would like to continue writing more music like it.

Q. Name someone from the industry who would you like to playback for?
I don’t aspire to sing for any particular actor. I just want to sing or compose beautiful music.

Q. What are the go-to favourite songs that you need to listen to on a daily basis?
I mostly listen to Spotify curated playlists, so I can listen to new music. There’s some artists like Beyoncé, John Legend who I love but whose music I may miss listening to, that these playlists remind me of. I also get to listen to amazing new artists who are doing work in a similar genre that pop up in these playlists. SZA, Bruno Major, Summer Walker was one such playlist discovery.

Q. If you could trade your voice with any other singer in the world, who would it be?
Beyoncé!

Q. A lot of your songs are party anthems, did you know before singing them that they will become such hits throughout the country, be it Balam Pichkari, Lat Lag Gaye, Baby ko Bass Pasand hai. What were your initial thoughts before singing these songs?
I have absolutely no aptitude for what could become a hit. I didn’t think while singing Balam Pichkari, Lat Lag Gayi or Baby Ko Bass that these songs would become such a rage. Also, I dont think anyone goes into a studio thinking this could become a hit. I dont atleast. All you’re concerned with at the time is you do your job well. The song sounds good – thats all that matters. Everything else is very ancillary. 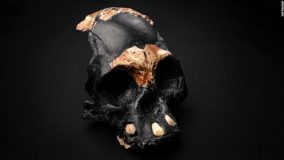