A detox tour in toxicity of idleness, that helps Asha Negi grab happiness

Asha Negi is gung-ho about the success of her current show ‘Baarish’ season two which is streaming on AltBalaji. Asha is upbeat that the show is receiving an overwhelming response from the audience  Audiences are binge-watching ‘Baarish’ season two during the lockdown and in the deluge of crime and thriller shows Baarish is proving to be a refreshing change. In a candid conversation with High on Persona, she opened up about her experience of working in the show and life during the lockdown.

Graceful, amiable, talented, and versatile, these words suitably define the personality of Asha Negi, the seasoned actor, who after the conquering landscape of the television industry has now established a strong foothold in the world of digital entertainment. Her journey does not stop here as the girl from Dehradoon is preparing to debut in Bollywood soon. From laudable series like ‘Sapnon Se Bhare Naina’,  ‘Bade Acche Lagte Hain’, ‘Pavitra Rishta’ to reality shows like ‘Fear Factor: Khatron Ke Khiladi’ and ‘Nach Baliye’, Asha has showcased her versatility and proved her acting prowess through fascinating and vivid characters she has played.

Asha Negi in and as ‘Baarish’s’ Gauravi is a lauded and distinguished actor who is best known for her character Purvi Deshmukh from ‘Pavitra Rishta’. Since then she has been going places and there has been no turning back. Winning awards in different shows, receiving acclaim for her performance, and entertaining her fans through a series of successful shows has become a routine set-up of her life. She has been constantly appearing on-screen through reality shows like “Khatron Ke Khiladi” and other popular soap operas like “Ek Mutthi Aasman” and “Kuch Toh Hai Tere Mere Darmiyaan”.

Asha gave us an anecdote of her in Quarantine self and spoke of her benevolent neighborhood character Gauravi from Ekta Kapoor’s Baarish whose season two is now streaming on AltBalaji. Asha says, “She has been fortuitous with fans loving both the season and bagging a whooping 8.8 rating on IMDb and 4.8 Audience’s rating. Negi has proved her mettle in shows like ‘Pavitra Rishta’ and in reality dance show ‘Nach Baliye season 6’ as the winner.” 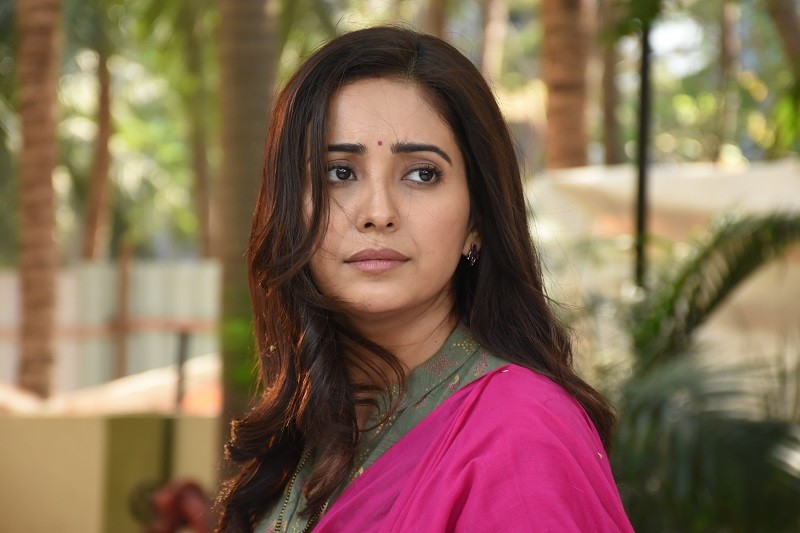 On asking about the changes, she felt in Gauravi‘s character while transitioning from season one to season two she informs that Baarish season two was more difficult to perform, as there were several emotional plots that challenged her as an actor in terms of performance. But despite that relating with characteristics of Gauravi was easy for her and she could portray the simplicity and innocence of the character with ease and she didn’t have to look elsewhere to be inspired but within herself.

COVID-19 Pandemic has taken a toll on every sector and Entertainment Industry is no different, Negi has come out clean about losing her calm at times because otherwise, you are not human enough in this happy-sad rollercoaster ride of life. The Adversity of pandemic has forced many to refrain from stepping out and it is important to keep yourself busy so that you don’t get worked up in this slow phase, Negi’s go-to comfort zone during distress is painting and meditation. Quiz her about how she spends her free time and she quips, “Reading is not my forte but I’ve read Amish’s ‘The Immortals of Meluha’, the book has turned me more receptive to spirituality. In addition to that, I have been watching Paatal Lok (Amazon Prime), Hollywood (Netflix) currently, binge-watching Mad Men, divulged Asha in a crisp conversation with us. I wouldn’t say that I’m doing very well and remaining positive during the pandemic crisis, it’s very difficult to remain positive every day as there is a lot of fear and anxiety in the air. Still, I am keeping my fingers crossed and feel that in the days to come situation will improve. I am spending time doing many creative and productive things like painting, cooking, cleaning, etc.”

To soak herself in tranquility and peace she even suggests going for a digital detox, “We have seen so much and now frankly, I guess there is a decline in WhatsApp forwards too. I just check top news and headlines in the morning. I have deleted my Instagram as part of my social media detox routine, and I feel it’s really peaceful and calming.”

Everyone is waiting for the COVID crisis to get over and resume work and Asha is also eager to resume the work soon, “I have a couple of projects and impending work that is halted due to COVID situation but I think we should get rid of the virus first”.

As the conversation steered towards end Asha does not forget to share her travel plans post lockdown. She is known to be an ardent traveler and exploring far off destinations that remain part of her travel itinerary, post lockdown she plans to head towards mountains, “I really miss the mountains but now I would say that anything would work for me and I am ready to go anywhere seeing the current situation.”